The School of Life
Educational Animation 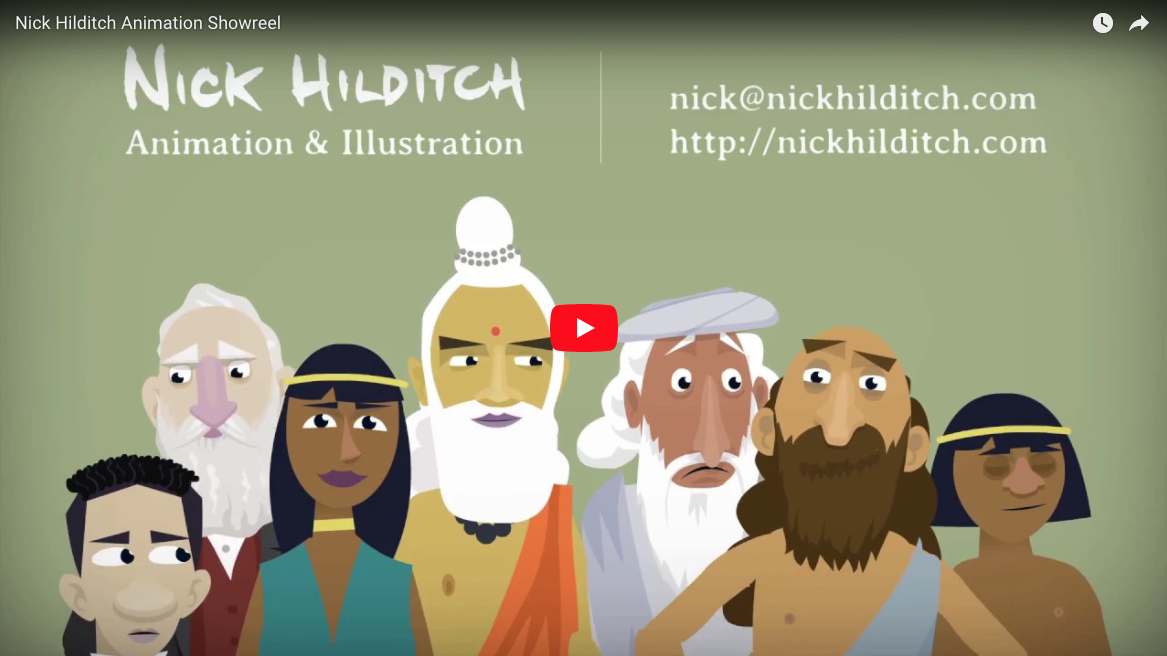 Since I started freelancing in 2010 video has come to dominate the Internet. As a result, making short films has become the thing I do most often, and over the last few years, a huge number of these films have been added to YouTube. This being the case, I realised it was time I put some more thought into my own YouTube channel.

Having done so, I initially had very little content, because my films usually reside on my clients’ channels. It was basically just my most recent showreel and a silly thing I made about Hungarian Prime Minister, Viktor Orban and the Three Stooges. But then I realised I could make a playlist comprised of all the films I could find across other channels. The playlist may not be exhaustive, but at the time of writing it features 32 films, and will grow as new films are added.

Playlists can be ordered manually, by date, or popularity. I decided to go for this last option, and thereby discovered that “5 Tips to Improve Your Critical Thinking” was my most watched film, currently with 3.1 million views, almost twice as many as the second most popular film, “Why Boys Are Mean to Girls They Like”. Films for the School of Life and TED-Ed dominate the top 10, with “The Secret Life of Hackers” for PBS sneaking in at number 11 (187,000 views).

But since so many of my clients need animators like me to keep up with the constant demand for new content, I have also been giving thought to what I could do with my own channel. When I started out on my own, wasn’t the goal always to develop my own IP? Inevitably, the need to pay bills took precedent and my work as an animator-for-hire eclipsed everything else. Putting together this channel has been an opportunity to reflect on that.

This is also my first blog-post for the revamped website. Much as I love the new format, the portfolio approach leaves little room for talking about new releases and smaller projects. So I decided this was reason enough to add a News section, and what you have been reading; this was the news.